Chat with us, powered by LiveChat

This Metal Rocks! 10 Facts About Iron

We don’t often think about iron, but this incredible metal is everywhere. It’s used in virtually every part of our lives, from food to transportation, to accommodation and everything in between. The world wouldn’t be what it is today without iron!

We love working with iron to make our wrought iron doors and gates, so we’ve put together 10 amazing facts that celebrate our favorite metal.  Read on to find out why we think iron’s so wonderful!

1. It’s the Sixth Most Common Element in the Universe

When we say iron is everywhere, we really mean everywhere. In fact, it’s the sixth most common element in the entire universe—after hydrogen, helium, oxygen, carbon, and neon—and the most common metal.

Stars, when they grow big and hot enough, produce iron through fusion. Most planets, including Earth, have a mostly iron core, with Mercury boasting more iron content in its core than any other planet in the solar system. If Earth didn’t have iron heating and cooling in its core, we wouldn’t have a magnetic field!

You can also find iron in some pretty unusual places. Astronomers also recently discovered a planet called Wasp-76b, a gas planet so hot that it rains iron!

2. Iron Is Vital for the Human Body 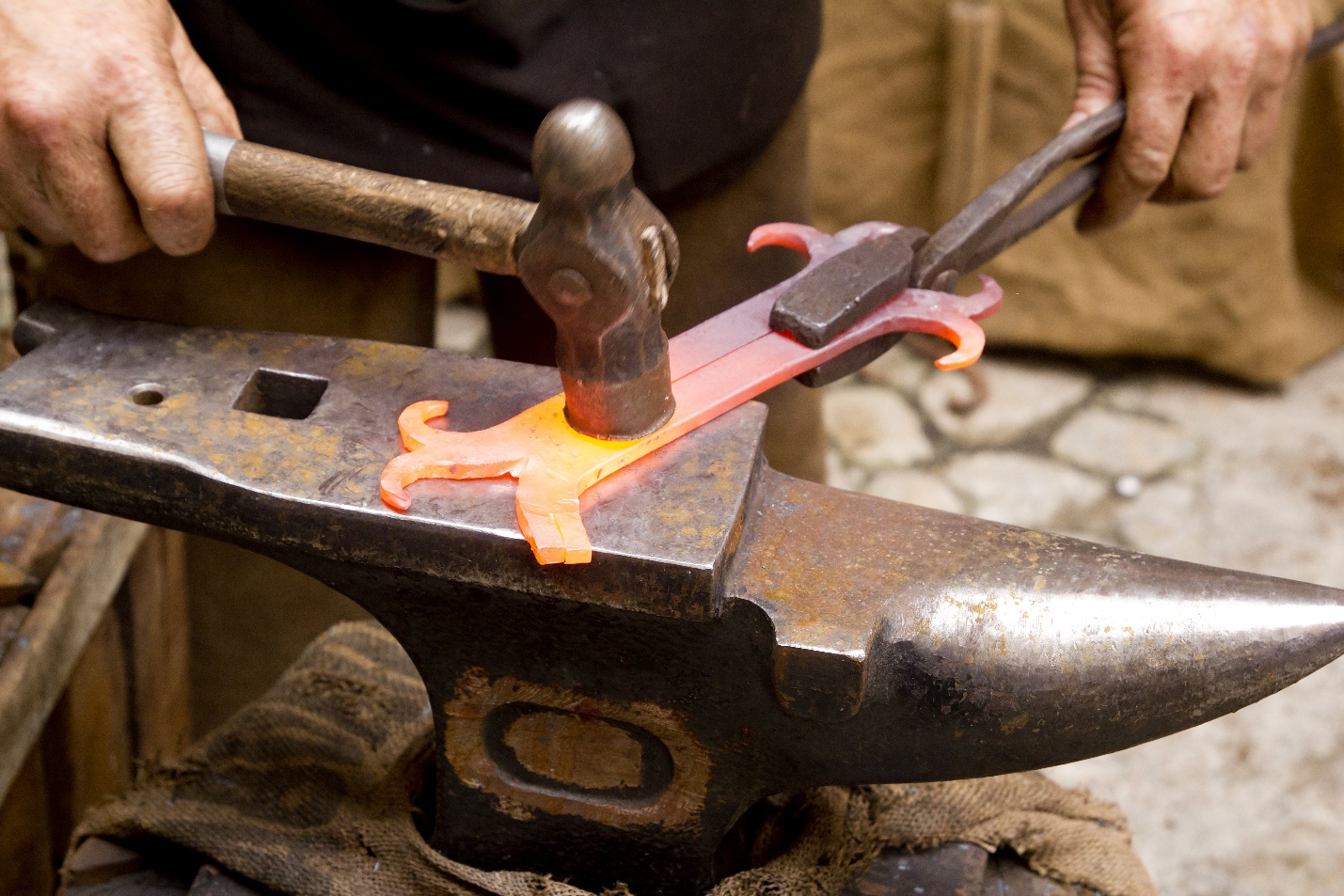 Most people already know that you can also find iron in the food we eat, but did you know just how important it is for our body?

Iron is a crucial component of hemoglobin, a protein found in red blood cells. This protein is used to deliver oxygen to every part of the body as well as regulate our carbon dioxide, thus ensuring the healthy aerobic function of all our organs, muscles, and tissue. With low iron levels (a condition known as anemia) your body simply can’t produce enough hemoglobin or transport enough oxygen, leading to fatigue, weakness, and shortness of breath.

Foods rich in iron include:

3. It Was Originally Called Ferrum

Find iron in the periodic table of elements, and you’ll notice that its chemical symbol is “Fe.” This abbreviation comes from the old Latin word for iron, which was “ferrum.” It’s not known where this word came from originally, but you can still see its use today in many Latin-based languages. In French and Italian, for example, iron is translated as “fer” and “ferro” respectively.

The English word “iron” has a complicated history, but it is thought to have come from the old Celtic “isarnon.” This word means “holy metal” or “strong metal,” and it’s said that the name came from the Crusades when iron was used in the swords of religious fighters.

In its purest form, iron is actually quite brittle and will rust quickly when exposed to air. It only gains strength when it’s combined with other minerals and metals. In the modern day, this iron is extracted from iron ore found underground.

A long time ago, though, we didn’t have the technology to mine, extract, and refine iron ore. Before the Iron Age some 3,000 years ago, the only workable iron our ancestors found was from outer space, in the form of meteorites. As it enters the Earth’s atmosphere, the iron in meteorites is purified to just the right amount to give it strength, making it perfect for heating and working into various shapes.

Some fascinating early forms of meteor iron include lance heads made by the Inuit of North America and even a dagger used by the Egyptian ruler Tutankhamen!

5. The Eiffel Tower’s Made from Wrought Iron

As time went by, humans developed better ways to extract and refine the iron ore we mined. With these advancements, we found more and more uses for iron. When a new form of iron purification was invented called “puddling,” it revolutionized the industry. 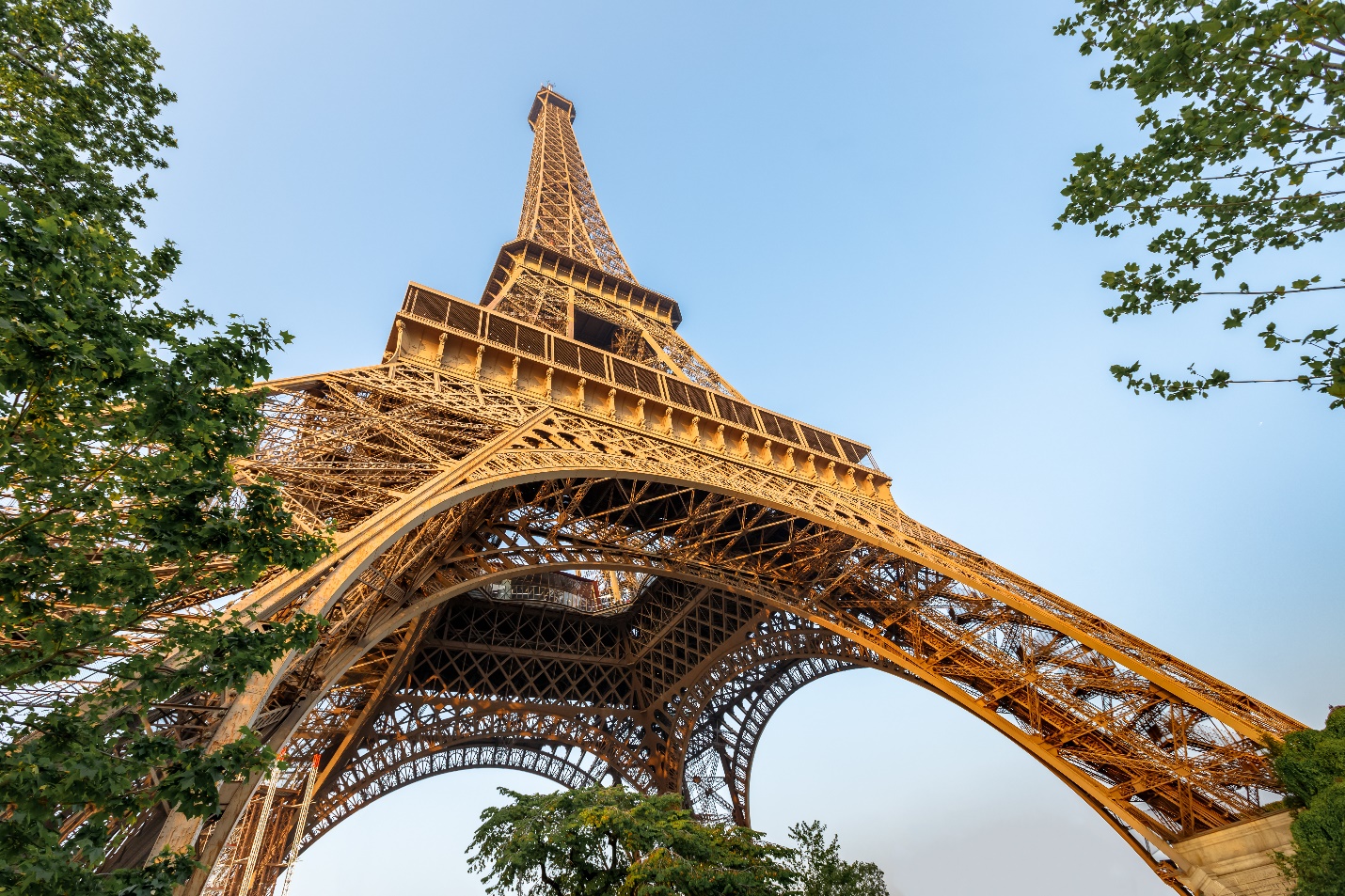 Now, strong wrought iron could be quickly and cheaply mass-produced, making it perfect for large-scale construction across the world. The Eiffel Tower is one famous example of wrought iron architecture, made from 7,300 tons of the material.

6. Steel Is Iron Too

What’s the difference between steel and iron? To the average person these days, the answer is not much! Steel is simply an alloy of iron, combining it with a certain level of carbon for optimal strength and, sometimes, trace amounts of other metals to help protect against corrosion.

Historically, wrought iron contained less than 0.08% carbon, compared to steel, which can contain up to 2.1%. Nowadays, even these distinctions have disappeared. Wrought iron has been completely replaced by steel. Almost everything that is labeled “iron” is actually steel, taking advantage of its superior strength and durability.

The main reason steel is so widely used today is for its excellent strength. For the same weight and price, there’s simply no other metal as tough as iron. Certain steel alloys are even stronger than titanium and can be made for a fraction of the cost. There’s a reason they call Superman the man of steel!

Just how strong is it? Well, a single steel rope just two inches in diameter can lift about 320,000 pounds, which is about the weight of a blue whale!

8. It Just Keeps Getting Better

Innovation hasn’t stopped in the iron industry, and new alloys and smelting techniques continue to be refined to make lighter, stronger, and more resistant varieties of steel. After all, with better steel, we can make better ships, cars, planes, buildings, and so much more!

To see just how far this material has come, consider this fact: If the Golden Gate Bridge was built using today’s steel, it would be about 40,000 tons lighter!

9. There Are Some Surprising Uses for Steel

One of the benefits of all these improvements is that there are now even more ways to use steel than before. Just some of the ways we now use this versatile material include:

Good news for those who love our planet: Iron and steel are the easiest materials to recycle. Both are magnetic, making them easy to separate from aluminum and other products in a waste stream, and steel doesn’t lose its strength, flexibility, or toughness when you recycle it.

In fact, steel is the most recycled material in the world, with about 90% of all steel recycled and two-thirds of all new steel containing old steel. Best of all, if we recycle just a single steel can, the energy saved could power a light bulb for nearly four years!